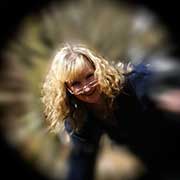 Since a very young age I have always had an avid interest in the concepts of visual art. I began to write and illustrate in my teens and continued to do so as a hobby. When I left school I worked for a photographic company as a microfilmist; It was here that I acquired my knowledge of the rudimentary Processes of photography thus creating a valuable starting point for my current work. I pursued an artistic career eventually enrolling onto a part time class at my local college. This transition intensified my eagerness to create a personal style of decorative imagery. I then progressed to the foundation course in Art and Design. The assignments I was given assisted to assimilate new visions and ideas.

I attended Glyndwr University where I gained a B.A Hons In, Illustration for Children’s Publishing, and evidently this is where I learnt my assiduous attention to detail. Although I experimented with a plethora of materials, Coloured pencils, were my chosen medium during this time, however I now prefer the use of pastels to create my designs.

And this is where my journey begins

For me, my love of wildlife and the natural world has inspired me to Create realistic works of art. My aim is to capture the spirit and Character of the animals I paint. As a consequence I consider it an Honour and a pleasure to illustrate my love of nature and animals in art.